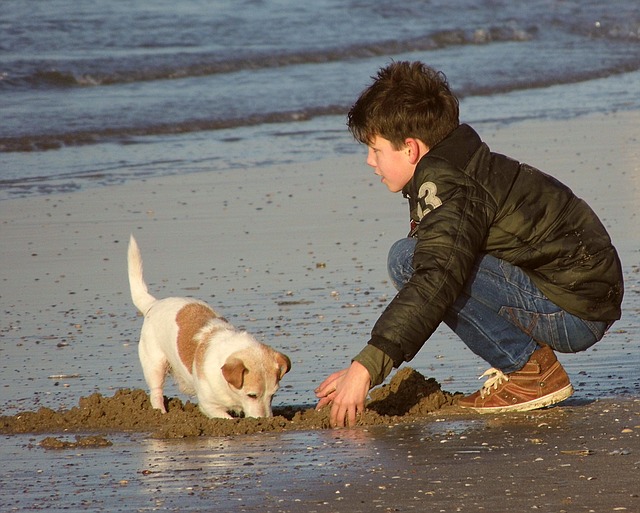 According to Statista(The Statistics Portal), in 2017, about 89.7 million dogs lived in U.S. Households. In many households, this scene plays out. Little Jimmy comes home from school and confronts dad with this request: Dad, can we get a dog? I won’t go into all the details, but numerous questions have to be answered, What breed? where will he/she live? inside, outside, doghouse, garage, who feeds, walks, brushes, cleans up back yard, etc.? To which Jimmy answers, “I can.” Up until now, the lady of the house has been quiet. Now she says to Jimmy, and to her husband, “we”ll see.”

What Kind of Dog to Get and from Where?

Long after Jimmy had gone to bed, mom and dad explore the idea of adding a new member to the household. Mom knows full well who will ultimately be the dog’s caregiver. They called a couple of friends who already had dogs to get some ideas. They decided to go to the animal shelter and to a couple of rescue adoption centers. And they decided they might try to find a Golden Retriever. Since it was to be Jimmy’s dog, they wanted a gentle dog that would play with Jimmy and his friends but not hurt them. They also decided on a fairly large dog that might discourage people out to do mischief or break in the house.

The next day, mom went to see an old school chum who had studied to become a veterinarian. She really didn’t know anything about dogs and wanted to find out all she could before they committed to another house member for possibly ten years or longer. Her Vet friend gave her some background and sound advice on what to expect if a dog joined their household. He told her that dogs originated from the Grey wolf– that is where dogs got their excellent hearing and keen sense of smell. He also told her that dogs were communal animals, they ran in packs, they were usually not “loners.” Mom wasn’t sure what that meant. “Someone in the family needs to be the “Alpha dog”, the vet explained, “otherwise, your dog won’t know who is boss.”

Mon was getting confused, and she was beginning to wonder if a dog wasn’t just going to be a lot of trouble. Her Vet friend explained to her that all dogs needed to be trained and it was better if one member of the family was the “head of the pack,” the one person the dog would look to for commands. Actually, he told her that the whole family needed to be in on the dog’s training so everyone would know how to handle all situations. She wondered if Jimmy was old enough to actually be the “Alpha Dog.” The vet said, “If you think he is old enough, that would be a great idea. “Then the dog would be truly his.”

One more thing the Vet suggested to mom.”Depending on what you get, he said. “Have the dog (male)neutered or(female) spayed. Unless you are planning on raising litters of puppies.” She looked at him with daggers in her eyes. 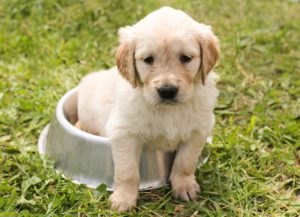 A goodly number of dogs are considered “Family Dogs. Mom came away with a list of “family friendly” dogs, some small, some large, some medium-sized. “Main thing”, her vet friend said, “Don’t be in a hurry-look over several dogs–take one home overnight.”

When dad got home that night, mom told him and Jimmy what she had learned from her Vet friend.” Wow!, that’s a lot to think about.” “What about it Jimmy, do you think you can learn how to train your dog, and properly take care of him?” Jimmy thought for a few minutes, and then said,”I think so, dad, after all I am 12, and you ‘ve said I have to start learning to be a man and take responsibility.” Mom said, “Well we will help you, after all the dog will be like a new member of the family-but you will be the dog’s “Alpha Male,” the one he looks to for guidance and for praise and love.

After dinner, they sat around the table and looked over pictures and read about the dogs that Mom’s vet friend had suggested. They finally narrowed down the list of dogs that they thought would work with their family to 6.

Their list included: Golden Retriever– a large dog with beautiful golden fur and listed as intelligent, kind, and friendly. Collie-a large dog with beautiful multi-colored fur and listed as gentle, loyal, intelligent and protective. Beagle-a smaller dog with an even temper, and is gentle, intelligent and determined. Brittany-a medium-sized dog with white and brown coat- is happy, intelligent, agile and quick. Maltese– a small, beautiful,fluffly dog -is playful, lively, docile, gentle. The sixth one--a Mix. After all they were going to check out the adoption centers and rescue places, so they just might find a good mixed heritage animal.

They spent several days looking at dogs. They actually found a few purebred dogs, but they seemed a little skittish when approached by strangers. They were about to decide on a beagle mix when mom got a call from her vet friend. He had found a Brittany that the family had to give up, because they were moving across country. The dog had been well-cared for and was only about 2 years old. The family made an appointment to see her and fell in love. She was a well-mannered dog and had been spayed. Jimmy hugged her, named her Tippy and told his parents that this was the one.

A few weeks later, Jimmy started training sessions with Tippy and it wasn’t long until she knew sit;stay; go fetch; lay down. She never seemed to tire of chasing balls, fetching sticks, and wrestling with her favorite human.

This was a make believe family, but how they went about deciding on a pet, a new member for their family, was the right way to do it. They did some research, found the kind of pet they wanted, learned how to take care of a pet, and preferred to look for a pet that needed a home.

My first dog was a toy collie. She had a face like a full size collie, but she was about half the size and had a smoother coat. She was a sweet dog and very gentle.

My grandmother had only one pet that I know of–a little white Maltese. He lived to be 17. Every time I went to visit my grandparents, that little dog always sat beside me on the front porch.

My son begged for a dog when he was about 9. A little young to be the leader of the pack. My husband came home one night to tell me that one of the teachers at the Junior College had a dog he would give to a good home. The dog was a Brittany and was gun shy. The teacher wanted a dog to hunt, but since she was afraid of gun shot, he wanted to find her a good home. We went over to see her. She was so smart. She immediately sensed that my husband didn’t really care about dogs. She went over to where he was sitting, put her head on his arm and sat there until we left. We took the dog. My son named her Tippy. She lived to be 13.

Let me hear from you. I would love to hear about your favorite dog.