We humans sneeze from time to time. We usually blame it on allergies, a cold, or “something in the air.” But have you ever thought about whether animals sneeze? Well, it seems they do, and often for the same reasons that we do. To discuss the sneeze problems of all animals would be a mind boggling task, so I’m narrowing the discussion down to one pet that can develop sneeze problems.

What makes my cat sneeze? You’ve taken your cat to the veterinarian because your cat sneezes from time to time, and you are worried that your cat might have a cold or something worse. The vet checks her over, asks you a bunch of questions, and makes a diagnosis based on the information he has obtained from you and the cat.”Nothing serious,”he says.” She probably has a mild allergy to dust, cigarette smoke, or something else in the air.” 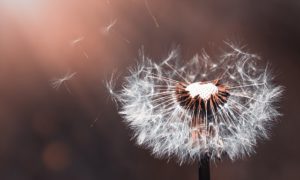 “Cats sneeze randomly, depending upon what is in the air. Occasional sneezing with no discharge, is nothing to worry about,” concluded the Vet.

Eleven years ago, I adopted two sister cats Janie, a Tortoise Shell, and Julie, a Tuxedo. They were estimated to be around two years old. If that is right, that makes them thirteen now. I asked my vet recently, how old they were in people years and she said they were maybe around 75.

We’re going to leave Julie for now and concentrate on Janie. Janie is a sneezer. I have counted up to 19 sneezes, in rapid succession, in one of her episodes. She can have up to half a dozen of these episodes in a day. Then comes another bout.

I’ve about given up on finding the cause. She has had clear discharges sometimes, and on other episodes, what I call, indelicately, a snotty nose.We have tried several medicines to no avail. Since I suffer from sinusitis, I decided to try a humidifier. Amazing! My head stays clear, and Janie’s sneezing has nearly stopped. I should report that on these sneezing episodes, there never seemed to be a common cause. Sometimes she would be eating, other times she would wake up sneezing.

1. A tiny bit of dust or an irritant from a chemical can cause an occasional sneeze.

2. A respiratory infection–most often caused by a virus, most often a viral infection- can cause a common cold.

Other virus infections such as herpes virus, and others and

Bacterial infections may be accompanied by a cough and a discharge from the eyes.

3. Chemical irritants- from various solvents can cause inflammation of the membranes inside the nose

and the sinuses. A sneeze, or several, is the body’s way of getting rid of the irritant.

Some cats are sensitive to tobacco smoke, some perfumes, or chemicals used around the house as cleaning agents. You may have to become a sleuth to find out just what is causing all the sneezing. Some cats are allergic to the chemicals used in cat litter. You may have to change litter several times to find which litter your cat can tolerate. Your best bet is to use litter that has no additives. Frequent sneezes-one after another-as well as sudden bouts of sneezing- may be a signal that your cat is allergic to something or several things.

You don’t let your cat outside do you? You shouldn’t. There are so many things in the out of doors that are harmful to cats, and may shorten their lives. If you want to make sure she gets fresh air every day-keep a window open -make sure the window is tightly screened.

A screened -in porch is ideal for your cat. If you have an open porch or patio, get a large screened -in run for your cat, so she can enjoy the out-of-doors and still be safe. You will still have to monitor her activity, because cats can climb screens, or figure a way to get free from the enclosure.

Some cats are allergic to flea bites, and the powders that you may use to rid her of fleas. Certain grasses and pollen in the air can cause a sudden fit of sneezing. If your cat is in contact with the out of doors and she starts sneezing, she may be allergic to the outside pollen.

Other problems that can cause cats to sneeze

Cats can become infected with the herpes virus. Many kittens come into this world with the virus, having been infected by their mothers.during the birth cycle. Cats can also get the viral infection from other cats. It is also true that many cats carry the herpes virus all their lives and never have an infectious outbreak. Stress can trigger the virus.

One very important point I need to make about the herpes virus cats may carry: human beings cannot be infected by any cat that carries the virus. The cat virus is completely different from the human virus. Once again: You can’t get herpes from a cat.

When to take your cat to the vet 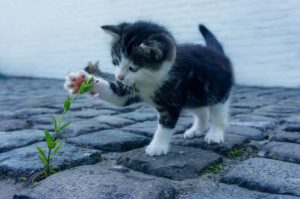 If your cat is a sneezer, watch her and if she exhibits the following symptoms it’s time to take her to the vet:

It your cat sits on her haunches, in a little ball with her fur spiked, it’s a sure sign she is not feeling well.

Cat breeds that have “pushed in” faces, like the beautiful Persian may have more respiratory problems than other breeds.

If you find that your cat has allergies, but you are not sure exactly what she is allergic to, there are some things you can do to make her life – and yours- easier. Clean your house or apartment thoroughly; change to a low dust, no additive litter; and use a vaporizer or humidifier. Also, if you smoke, you may want to stop, it will be healthier for both of you. Finally, don’t use heavy perfumes and high-powered cleaning supplies.

I would like to hear from my readers. Please e-mail me, and tell me what I missed, or if you liked the article.