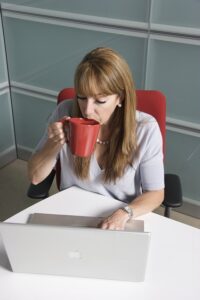 If you have ever answered any kind of letter or survey asking general questions about your likes and dislikes, how many pets you have, etc. then you have most likely received letters requesting money for the welfare of cats, dogs, horses, donkeys, farm animals, wild animals, on and on.

Most of us, who own pets are willing to give to charitable causes. We love our pets and we also know that not all animals are treated as well as we treat our own fur babies. But there are so many charitable organizations and we may wonder which ones are the best.

That is, which organizations really support the causes that they say they do.

Most do, some don’t. How are you going to decide which charities to support and which ones to ignore? Many charities are rated by a number of groups such as Better Business Bureau, Best, Charity Navigator, and others.

Of them all, the Charity Navigator rating is the one to look for. It is the most coveted rating to receive.

Charitable organizations are proud of their ratings and they most usually show the logos on their material.

Charity Navigator rates each organization by points and a percentage of points, so you have a point by point rating of the organization and their percentage as opposed to any other similar charity.

I can’t cover all the charities out there that are clamoring for your dollars, but I can give you some of the highest rated animal charities that are competing for your charitable dollars. These charities are also ones I have either given to in the past, or plan to give to in the future.

What to look for in request letter

There will be something on the outside of the letter -such as color, large lettering, partial image of animal, etc. to persuade you to open the letter.

The inside contents will give you all kinds of information on their promotion, advocacy, responsibility, emergency, injuries, why they need your contribution, etc.

They should give you information on IRS status. There will be a letter about the need, a note about your contribution deductible status on your taxes for the current year and a form to check and a return envelope.

While you are deciding whether to give or not, look for a rating, such as: Better Business Bureau, Best, and Charity Navigator.

If you see one, or all of these, you can be reasonably sure your money will be used for the cause described in your letter. You should also find information on the successes the organization has achieved through their advocacy.

One characteristic that all the following organizations adhere to is that animals experience fear and feel pain just as we humans do. They should be handled with respect and  care.

Last Chance for Animals-  An international organization that advocates for animal rights. Is opposed to testing on animals.

Believes that humans should not subject non-humans to suffering and exploitation because alternatives now exist that eliminates animal use for testing. They currently have the highest rating of any organization by Charity Navigator.

IFAW-International Fund for Animal Welfare Founded in 1969.  It is one of the largest animal welfare and conservation charities worldwide.

Instrumental in preservation of habitat and emergency relief. News reports of their work already released- as first of April 2022. In Ukraine now doing animal rescue.

ASCPA-American Society for Prevention of Cruelty to Animals- Rescue animals in times of disaster. Established in 1866. Advocate for animals in bad circumstances.

Humane Society of the U.S. Founded in 1954 Protect animals from abuse and neglect. Offer pets for adoption. Disapprove of animal testing.

Farm Sanctuary-Farm animals are mistreated at times on factory farms. The reasoning being that they are just going to be killed for food anyway.

Dedicated to humane treatment and protection for Cats. An advocate for humane care and control for feral cats and strays. Promote neuter and return program for feral cats.

Wildlife Rescue Center- Founded in 1979. One of the highest rated organizations by Charity Navigator. Maintains a hospital and temporary center for recovering, injured wildlife. Returns animals to the wild when well. Educates and informs public about wild animals.

Animal Legal Defense Fund- the only animal protection organization in the country dedicated exclusively to fighting animal cruelty and injustice using the power of the law. They file lawsuits to protect animals from harm and partner with prosecutors to bring abusers to justice.

PCRM–Physicians Committee for Responsible Medicine is not a Charity Navigator organization but seems to have good results- Physicians promote alternatives to animal research.

Best Friends- Save Them All Is not a Charity Navigator organization yet. Their goal is to bring the country to no-kill by 2025. That is quite an ambitious goal, but they have actually had success in persuading animal take-in shelters to become no-kill shelters.

These organizations are national organizations that operate nationwide and some operate worldwide. They deserve your interest and support, if you are so inclined. It seems to me that animals shouldn’t need so many organizations advocating for their welfare.

Animals, especially pets and farm animals, are not our enemies. In fact, many, many animals can be tamed and actually learn to love humans. Those who have cats or dogs know the joy of unconditional love that animals can give. Even most wild animals would rather ignore us than attack us.

One last note: Many local communities have pet groups that you may want to support. Rescue and adoption organizations that work within your own community to help pets that find themselves in trouble can always use more help.

I’m Barbara Nelson. I hope this information will be helpful to you. Animals need our help. Questions or comments are welcome. I will always answer.