It seems logical that all mammals would have a certain bond that holds them together because of certain similarities. In the scientific world, Man is included in the animal kingdom in the class Mammalia.

We have the same attributes that other mammals have; that is, we bear young alive, and we produce milk for them.

Even though man has moved on ahead with a much larger brain and the development of language and cognitive thinking doesn’t necessarily mean that we have cut all ties with our lesser mammal relatives.

We have seen how close man is to his best friend, the dog. Most humans will agree that there is a tight bond between man and dog;  but Cats?

Cats are so independent that it seems unlikely that there is anything as close as a mental and physical bond between humans and cats.

Currently, there are two schools of thought on the rise or domestication of cats. The first one is that our modern day cat’s ancestor is the North African Wildcat.

Second school of thought, and the newer one, is that all animals have sprung from one common ancestor- a weasel like animal called a Miacis- about 40 to 50 thousand years ago.

Miacis is believed to be the common ancestor of all land dwelling Carnivores. Scientists think that the first association of cats and humans occurred around the end of the stone age.

The gods and goddesses of the ancient world

Cats rose to their highest level of adoration by humans around 5,000 years ago. In Egypt, cats were accepted members of households.

Egyptians used cats to hunt fish and birds as well as to destroy rats and mice that infested grain stores along the Nile River.

Cats were well-known as the killing machines of rodents and were revered as such. So much so that laws were written for all cats protection.

Cats were worshiped in Egypt and all cats were considered sacred for more than 2000 years.

Cats were prime targets for cat snatchers. Greeks and Romans grabbed up cats and dropped them off all over Europe.

Cats were found in India, China, and Japan. These animals were prized for their prowess as rodent catchers.

It’s no wonder that cats still consider themselves kings and queens. For more on cat personalities Color and Breed Influences Cat and Dog Personalities Part 2: Cats

Cats Fall from favor: Evil lives in them

In Medieval times, superstitions flourished in Europe and powers of black Magic and belief in witches grew and cats were considered to be the carriers of this evil.

People who owned cats were tortured and killed along with their cats. People had “witch burning” fests and cats were rounded up and tortured, burned and sacrificed.

As the cat population dwindled, the rat population blossomed. As a result, plagues and epidemics spread uncontrolled over Europe and England.

By the 18oos cats had regained their place as a rodent controller and as a companion animal. Pictures and figurines of cats became favorite items in the art world.

Writers wrote stories about cats and cats became their favorite pets. Cats became favored subjects in music and the arts.

In 1800, cat shows were held in both England and the United States.

Cats are considered good luck on ships. They are nature’s best rodent control starting on farms as killer machines for the detestable little pests, to ships where rodents can threaten the food supply and everything else that can be destroyed.

Cats came to America on the Mayflower with the first colonists. The descendants of America’s first cat are called the American Shorthair, and are a recognized Breed.

The American Shorthairs are stocky cats with round heads and round ears. They are sometimes referred to as being descended from working cats-cats that worked on farms and ships as mousers.

The Norwegian Forest Cat, also a recognized breed, traveled with the Vikings on their voyages of conquest.

While traveling on the HMS Prince of Wales, Churchill, on his way to meet Roosevelt to declare the Atlantic Charter in 1941, met the ships cat, Blackie.

“Trim” sailed with Captain Flinders on several ships while circumnavagating Australia to declare it a continent.

“Pooli” served aboard an attack Transport in World War II. These cats were usually Black and white. Black cats were considered to be good luck by the fisherman who ran the boats along the east coast of America.

Polydactyl cats (Cats with extra toes) are also thought to bring good luck to ships. A sea captain gave the author Earnest Hemingway a polydactyl cat in the 1930s.

Hemingway collected polydactyl cats at his home in Key West. The offspring of these cats still inhabit the Key West estate today.

There is a misconception about cats and health. While most cats are healthy and do not require a lot of trips to the Vet, they are susceptible to a number of diseases and conditions.

It is important to find a Vet that knows about cat diseases and can treat your cat whenever she shows signs of illness.

Take your cat in before she is one year old to get her vaccinations for distemper and respiratory disease and for rabies.

Unless you plan to breed show cats, also have them spayed and or neutered. (Females -spayed–males-neutered). They make much better pets.

If you let your cat outdoors, she is sure to have an argument with another feline and will come in with a bite wound.

Most bite wounds occur on the tail or around the ears. Other areas are the legs and shoulders.

Cats cannot effectively lick their wounds in order to heal them. They need to be seen by a vet before infection sets in.

One of the things we love most about cats is their glorious coats. They do a lot of grooming and swallow much hair. Occasionally they end up with hair balls which they deposit on the floor or carpet.

There are gels on the market that most cats will willingly eat that will dissolve the hair and move it through the body and out to the litter box. This is a problem that usually is more prominent with long-haired cats.

A more dangerous situation is the formation of crystals in the urine which can cause a urinary tract obstruction. While both male and female cats can suffer with urinary tract infections(UTI),Male cats can end up with an obstruction that can quickly become life threatening.

If your cat is hovering around the litter box and crying but not “doing anything,” take your cat to the vet as soon as possible.

If your cat is an outdoor cat with indoor privileges, expect to deal with fleas, worms and ear infections. Be sure to use medicines that are labeled for cats. Keep household chemicals and indoor plants away from places where your cats can reach them.

Finally, older cats can develop diabetes and arthritis. Your vet can help your cat with these older age problems. 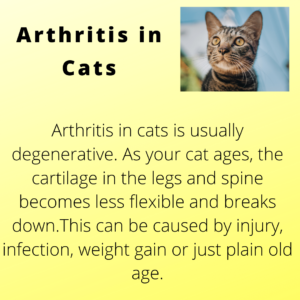 Some people think that cats are easy pets to care for. Just put down some dry food and water and a litter box, and they’ll take care of themselves. The above list of ailments would suggest otherwise.

Cats can be trained to do useful things for the disabled. They can also provide comfort for people with emotional and mental disorders.

Children with mental health issues and people in nursing homes find great comfort by holding and petting a cat.

But cats are smart, agile, and capable of learning to do useful things. They also provide comfort and a sense of well-being for their owners.

gentle and at ease in any situation. They must adapt easily to sights and sounds of medical equipment and odd noises in the home or hospital.

Cats have had an eventful and long trip through the centuries: from being treated like gods and goddesses to almost extermination because of superstition to providing comfort to people with illnesses and distress.

They have continued to maintain a certain air of independence while showing great love and caring for the people they depend upon for food and shelter.

I’m Barbara Nelson and I would love to hear from cat lovers and cat owners and human lovers of all animals. Please send me your comments about this article and the whole series so far.

4 thoughts on “3. Is there a bond between felines and humans?”